Kentucky Hemp Fest For The Future

LOUISVILLE, Ky. — A large discussion on the history and future of hemp in Kentucky will take place Sunday as Farmington Historic Plantation and Sullivan University present “Louisville Hemp Fest.”

The plantation will offer networking with people in the hemp industry and provide a space for experts to weigh in on the future of Kentucky’s hemp industry.

“In the nineteenth century, hemp was Kentucky’s primary cash crop,” said Kathy Nichols of Farmington Historic Plantation. “It gave Kentucky significant economic clout and political power, it helped Henry Clay rise to power as a statesman because of the economic clout it gave Kentucky.”

Sullivan University launched a new canna-business studies program that educates on all aspects of the industry from CBD products to hemp production.

“The truth is there are thousands of products made from hemp,” said Taylor Kemper with Sullivan University. “It’s all about the education and the conversation and as the conversation continues as policy changes as new businesses pop up, I think it will be great to see how all of the great minds of Kentucky and beyond work with hemp and move it into the future.”

The event takes place until 5 p.m. at Farmington Historic Plantation on Bardstown Road.

The Kentucky Department of Agriculture says 130 of the 445 hemp growing licenses issued this year are for “storage only,” meaning they will market a previously grown harvest.

Kentucky’s hemp program remained in pilot program status this year, allowing the state to set its own rules for hemp production while the USDA ironed out some changes for its final rule. Later this year, though, the state does expect to submit a plan to the USDA for the 2022 growing season. 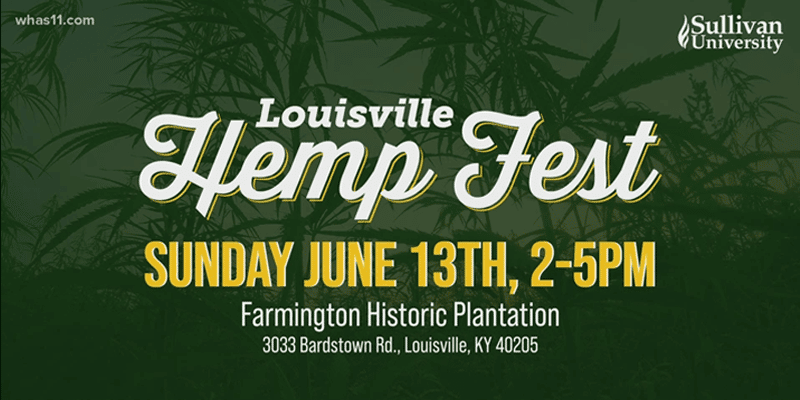