The United States To Legalize Marijuana in 2021?

Released early this morning, US Democratic Senator Chuck Schumer has announced that he will be introducing a bill that can legalize marijuana recreationally on a federal level! According to Marijuana Moment, we will see the details of the bill this coming Wednesday (July 14th, 2021)

Senate Majority Leader Chuck Schumer, Finance Chairman Ron Wyden, and New Jersey Senator Cory Booker will release a discussion draft of their marijuana legalization bill at a press conference Wednesday, according to a person familiar with their plans.

The bill will be called the Cannabis Administration and Opportunity Act and is expected to remove marijuana from the federal list of controlled substances. The bill would also tax and regulate marijuana on the federal level while leaving states able to enforce their own laws regarding the drug.

The senators’ proposal goes beyond mere decriminalization, which President Joe Biden said he supported during the campaign and may be a difficult vote for some Democrats from more conservative states. But public sentiment has been building for legalization, with many states moving ahead of the federal government, including Schumer’s home state of New York.

Schumer has previously said he hopes to enact the legislation by next April 20, though he does not yet have the backing of the White House.

Cannabis companies and lobbyists for the industry have said that while they don’t yet know the contents of the upcoming legislation, they anticipate it may solve some of the biggest hurdles to cannabis legalization and help the U.S. industry’s profitability.

The bill may include wording that could reassure banks that they can work with cannabis companies on basic things like bank accounts and loans, and propose removing the tax known as 280E that has kept many companies from profitability. The bill could also include provisions that could make it possible for the companies that grow and sell marijuana in the U.S. to list on U.S. stock exchanges.

Other big hurdles the bill is expected to tackle are how to address minorities who’ve been arrested at disproportionate rates in the past for drug possession, and how cannabis will be regulated in terms of health and safety issues. Past proposals didn’t fully flesh out how agencies like the U.S. Food and Drug Administration might play a role, and hopes are high that Schumer’s bill will go into enough detail to resolve such issues.

The bill isn’t expected to open up interstate commerce; if it did, that would be a blow to many of the multi-state companies that have built up parallel growing and processing operations in multiple states.

In the mean time, you can always get your Utoya Hot Hemp Flower, THC Edibles, and more in the shop! 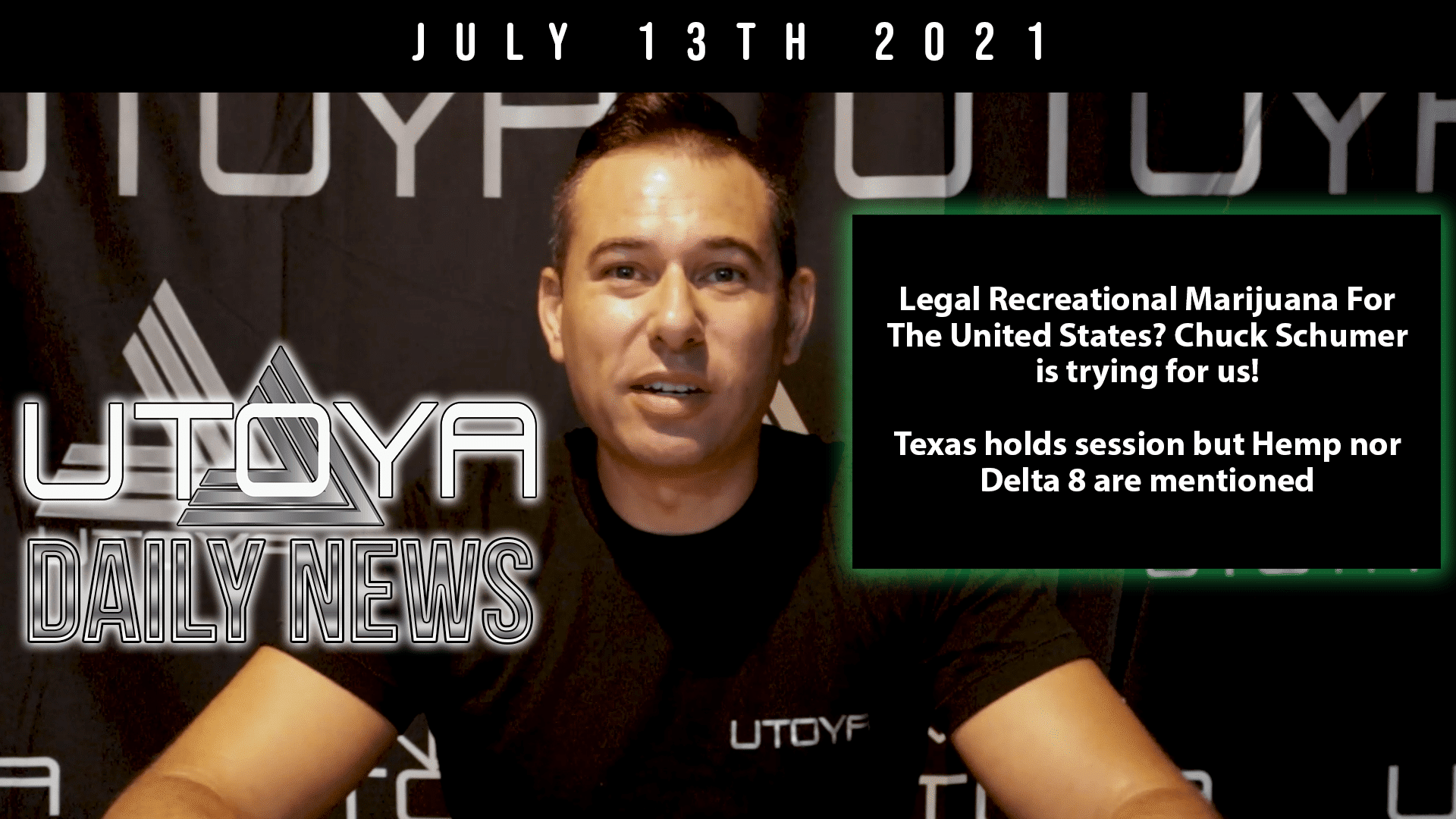 Article Name
The United States To Legalize Marijuana in 2021?
Description
Released early this morning, US Democratic Senator Chuck Schumer has announced that he will be introducing a bill that can legalize marijuana recreationally on a federal level! According to Marijuana Moment, we will see the details of the bill this coming Wednesday (July 14th, 2021)
Author
Joseph Edwards
Publisher Name
Utoya
Publisher Logo